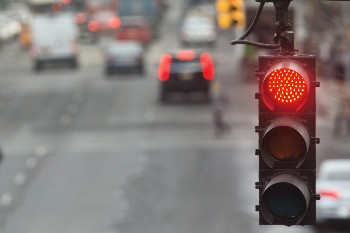 More than half of all car accidents occur at or near intersections, according to the National Highway Traffic Safety Administration (NHTSA). Most of those intersection accidents are caused by negligent drivers who fail to stop for red lights or stop signs. A 2019 AAA Foundation for Traffic Safety report found that:

If you're involved in one of these two types of crashes, our Maple Grove car accident doctor has the experience and expertise to help treat your injuries.

Although traffic lights and stop signs are intended to increase traffic safety, many drivers fail to obey them for a variety of reasons:

Even if you feel that you don’t have any serious injury after a crash, it’s very important to see an experienced Maple Grove car accident doctor right away. Some injuries do not surface immediately and can be detected only by a doctor’s exam. Getting documentation of your injuries immediately after the wreck will also strengthen your insurance claim.

Because Minnesota is a no-fault insurance state, you may file a claim with your own insurance company for your damages if you’re injured (or a loved one is killed) in a red light or stop sign accident:

There is no guarantee, however, that your insurance company will simply pay that claim. If your property damage is major and your injuries serious enough to result in high medical bills and extensive time off work, the insurance adjusters are likely to dispute, devalue, or deny your claim in order to save money for the company. In such a case, it’s vital to have a car accident attorney in your corner to:

Due to contributory negligence laws in Minnesota, even if you are found partially responsible for your own accident, you can still file a claim and collect compensation for your damages. Your award will simply be reduced according to your percentage of fault as long as you are not more than 50% to blame for the crash. The insurance company’s lawyers know this and will do their best to show that you were more than half responsible if your case should go to trial. Because the calculation of the percentage of fault is a very subjective process, having an attorney present your evidence convincingly at trial can make the difference between getting fair compensation and getting nothing.

Have You Been Injured in a Red Light or Stop Sign Crash in the Twin Cities? Our Maple Grove Car Accident Doctor Can Help

Don't let your injuries worsen after being involved in a red light or stop sign car crash? Contact us online or call (763) 251-PAIN to schedule a free consultation with our Maple Grove car accident doctor. If you're injuries fall outside the scope of what we can treat, our FREE referral service will put you in touch with another car accident doctor in the Twin Cities who can.