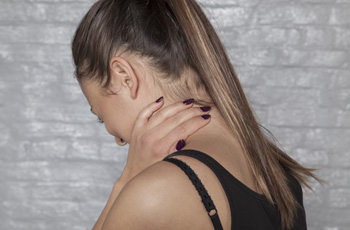 Whiplash is a common injury that results from movement of the head suddenly backward and forward, with acceleration and deceleration. Whiplash is known as a hyperextension injury in which the primary problem is when the backward position of the neck is moved backwards as force pushes the torso frontwards. Whiplash symptoms are commonly associated with a Twin Cities' car accident, but may be also caused by shaking, sports injury or work-related mishaps.

How Whiplash Occurs During a Twin Cities' Car Accident

The experience of a sudden excessive movement of the head, which weighs about 10 pounds, causes strong muscular contraction in the muscles of the neck and movement of the cervical spine, the uppermost part of the spinal column that is joined to the skull by two articulating vertebrae of unusual shape known as the atlas and axis.

The contraction of the muscles of the neck is a normal reaction to abnormal movement and is meant to serve a protective function. The vertebrae of the neck are aligned one on top of the other, held in place or alignment by ligaments, tendons and muscles.

Whiplash movements may damage the discs that form a protective cushion between the vertebrae of the neck. You may suffer an injury such as herniation of the disc, which results in nerve root impingement and pain in the area served by the nerve. Sometimes weakness or numbness occurs. The nerve of the neck serve the upper trunk and the arms, hands, and fingers.

Whiplash can potentially cause damage to the muscles or ligaments, including partial or complete tear, and muscular spasm may occur most commonly in whiplash injuries.  Muscle spasm is very uncomfortable and may result in limitation of range of motion of your head and neck.

Can Injuries be Neurological or Psychological As Well?

Whiplash symptoms depend upon the force of the injury and will vary in severity, with many patients recovering quickly with conservative chiropractic care.  Other patients may experience chronic symptoms for years, including pain and stiffness. Neurological symptoms from disc impingement on nerve roots that exit the cervical spinal column and innervate the arms and upper trunk may cause tingling, weakness in the hands or arms, and numbness that last for years.

After experiencing whiplash, the pain and inflammation can increase on the second or third day. Also, psychological symptoms may appear, such as mood changes, nightmares of the accident, anxiety and post traumatic disorder.

We realize that we have gone beyond 5 symptoms to watch out for and that should not be ignored, buthere are 5 of the major symptoms not to be ignored.

5 Major Whiplash Symptoms That Should Not Be Ignored

If you are experiencing any of the whiplash symptoms mentioned above and are in need of a free doctor referral in Minnesota, contact us online or call 763-251-PAIN now -- we are here to help the local residents in Minneapolis, Brooklyn Park, Brooklyn Center, Champlin, Maple Grove, Columbia Heights and surrounding Twin Cities area.

Are You in Pain After a Twin Cities Car Crash? We Will Help You Find a Doctor.

You are suffering after a Twin Cities car crash left you seriously injured. Not only are you in pain, but you want to know who is going to pay your medical bills and lost wages. You have come to the right place. Let us know what happened, and we will help you find the doctor you need to ease your pain and a lawyer who will help you get the settlement you deserve to compensate you for your suffering. We are a FREE doctor and lawyer referral service for residents of the Twin Cities. Our mission is to help you get better in your time of need.

We are available 24/7 and will return your message within an hour or less.